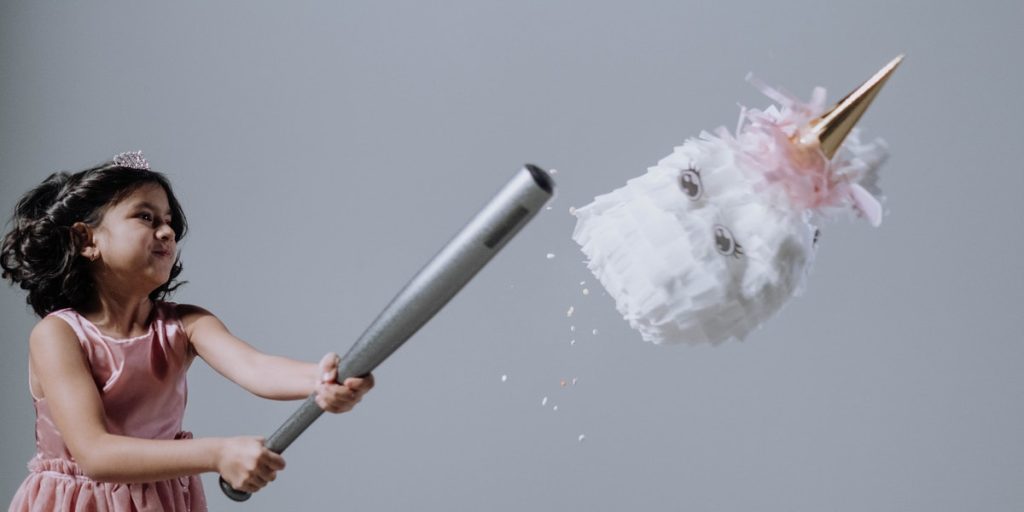 Thursday’s session saw the large caps lead the way, while the small caps continued to see pain relatively across the board as either tax selling and/or apathy was clearly hitting the this part of the market. Like yesterday, 7 of the 11 sectors closed lower adding the downward pressure, however the highly weighted consumer discretionary sector up 1.5% and the information technology sector up 1 served to lead the 2 of the 3 large cap indices higher even though declining stocks outweighed advancing stocks by a measure of 2 to 1. Curiously, the yield curve moved lower again the 2-yr yield stayed pat at .50% & the 10-yr yield fell 2 basis points to 1.59%. The U.S. Dollar Index also dropped another .3% to close at 95.53.  Oil prices rebounded to close at $78.92, up .8% on the day. In turn, the S&P 500 closed at 4704.54 (+.34), the Dow 30 closed at 35,870.95 (-.17%), & the Nasdaq closed at 15,993.71 (+.45%). The small caps on the Russell 2000 also took another hit as it closed lower at 2,363.59 (-.56%), & the MicroCaps had a particularly awful day as the iShares Micro-Cap ETF (IWC) ended the day at $1.50.55, (-1.o8%), but this did not really tell the story as broadly the Microcaps truly took a very significant drop. Hopefully, tomorrow will be better, but one thing seems somewhat certain is that the current Microcap sell off could produce a few very significant swing trades into the New Year creating a whopping January effect this year.

The macroeconomic schedule also produced 3 reports as the Initial jobless claims report for the week ending November 13 confirmed a drop by 1k to 268k , while continuing jobless claims for the week ending November 6 fell by 129kto 2.08M. The Philadelphia Fed Index report for November also showed a rise to 39. The Conference Board’s Leading Economic Index report for October confirmed a rise to .9%. Tomorrow’s schedule will not produce any significant reports.

Today M&A was in the air in the biotech arena as Dicerna Pharmaceuticals, Inc. (Nasdaq: DRNA) announced that it has entered into a definitive agreement with Novo Nordisk under which Novo Nordisk will acquire Dicerna, a biopharmaceutical company focused on the development of investigational ribonucleic acid interference (RNAi) therapeutics, for $38.25 per share in cash, which represents a total equity value of $3.3 billion and a premium of 80% to Dicerna’s closing price on November 17, 2021. The transaction was unanimously approved by the Dicerna Board of Directors and the Board of Directors of Novo Nordisk. Shares of Dicerna closed at $38.03, +78.71%.

On Monday, Atossa Therapeutics (NASDAQ: ATOS) announced their financial results for the fiscal quarter ended September 30, 2021, and provided an update on recent company developments. Dr. Steven Quay, Atossa’s President and Chief Executive Officer stated, “Our progress in both the Endoxifen and COVID-19 programs, with our initiation of our trial in Australia for AT-H201, and our receipt of regulatory authorization in Sweden to commence an Endoxifen Phase 2 trial, have been key recent milestones, positioning us to move both of these programs forward and take the next steps toward developing therapies in urgent unmet patient needs. Further, our strong balance sheet will continue to facilitate our development plans as we not only execute on these trials but also explore additional options that could create significant shareholder value,” Review the balance of the story here.

Macy’s, Inc. (NYSE: M) had a banner day today as they reported financial results for the third quarter of 2021 beating expectations and seeing shares jump 21.17% to close at $37.37. The reported the following: quarterly net sales and earnings exceeded expectations, comparable sales up 37.2% on an owned basis and up 35.6% on an owned-plus-licensed basis versus 2020; up 8.9% and up 8.7%, respectively, versus 2019, diluted EPS of $0.76 and Adjusted diluted EPS of $1.23, they repurchased $300 million of shares, they repaid $1.6 billion in debt ahead of schedule and paid $46 million in dividends, they added 4.4 million new customers into Macy’s brand, a 28% increase over 2019, & announced plans to launch curated digital marketplace platform.

EV giant Tesla (TSLA) moved lower to close at $1096.38, +.68%, while the recently doubled IPO shares of Rivian Automotive, Inc. (RIVN)sagged again closing at $123.38, -15.53%. RIVN went public a week ago Tuesday at $78 & is still worth an amazing $108.99B.  Shares of Ford (F) closed at $19.56, 1.51%. Interestingly, Ford is believed to own ~12% of Rivian’s shares now worth over +$18.234B. On Nov. 4, Ford Motor Company and its financing subsidiary, Ford Motor Credit Company, introduced the North America auto industry’s first sustainable financing framework, focusing on and paying for ambitious plans in vehicle electrification and other environmental and social areas. On Oct, 27, Ford Motor Company (F) reported its 2021 third quarter financial results after the markets closed. Ford generated quarterly revenue of $35.7 billion, net income of $1.8 billion, adjusted EBIT of $3.0 billion; North America auto EBIT margin of 10.1%. Ford increased guidance for full-year 2021 adjusted EBIT to between $10.5 billion and $11.5 billion & expects cash flow over current planning period to be more than sufficient to fund growth priorities; announces resumption of regular stock dividend in fourth quarter.

Amazon.com, Inc. (NASDAQ: AMZN, $3,696.06, +4.14%). Today, Amazon Web Services, Inc. (AWS), an Amazon.com, Inc. company, announced four initiatives to empower learners and make it even easier for anyone with a desire to learn to access free cloud computing skills training and unlock new career possibilities in the cloud. The initiatives announced today include the launch of AWS Skill Builder—a new digital learning experience, the addition of AWS courses to the Amazon.com website, the expansion of the AWS re/Start global reskilling program, and the opening of the AWS Skills Center—Amazon’s first dedicated, in-person cloud learning space. In December 2020, Amazon committed to investing hundreds of millions of dollars to provide free cloud computing skills training to 29 million people by 2025—reaching people from all walks of life and all levels of knowledge, in more than 200 countries and territories. On this mission, Amazon has already helped over 6 million people gain cloud skills, and the latest efforts build on the existing commitment by putting skills training into the hands of millions of people.

Shares of Apple (AAPL) closed at $157.87, +2.85%. This week, Apple® announced Self Service Repair, which will allow customers who are comfortable with completing their own repairs access to Apple genuine parts and tools. Available first for the iPhone® 12 and iPhone 13 lineups, and soon to be followed by Mac® computers featuring M1 chips, Self Service Repair will be available early next year in the US and expand to additional countries throughout 2022. Customers join more than 5,000 Apple Authorized Service Providers (AASPs) and 2,800 Independent Repair Providers who have access to these parts, tools, and manuals.

Qualcomm (QCOM) closed at $186.32, 1.51% after yesterday’s statement that it is continuing to expand its chipset business to meet the growing opportunity for its technology at its 2021 Investor Day. The Company expects its addressable opportunity to grow from approximately $100 billion today to $700 billion in the next decade, as more devices become intelligently connected. “Qualcomm is at the beginning of one of the largest opportunities in its history, enabling a world where everyone and everything is intelligently connected,” said Cristiano Amon, president and CEO, Qualcomm Incorporated. “Qualcomm is uniquely positioned to grow across multiple industries in addition to handsets, with a rapidly diversifying business that is not defined by any one single industry or customer.”Qualcomm also provided new three-year financial targets, including: QCT revenues to grow at mid-teens CAGR with 30%+ operating margin by fiscal 2024 & QTL expected to maintain its current revenue scale and margin profile.

Shares of Microsoft Corp. (MSFT) closed at 341.27, +.63%. after last week’s release of their Q1 2022 fiscal earnings report. On November 12, Kyndryl (NYSE: KD), the world’s largest IT infrastructure services provider, and Microsoft Corp., announced a landmark global strategic partnership that will combine their market-leading capabilities in service of enterprise customers. The deal with Microsoft is Kyndryl’s first since recently becoming an independent public company and provides incremental multi-billion dollar revenue opportunities for the two companies. Together the companies will bring to market state-of-the-art solutions built on the Microsoft Cloud that will accelerate hybrid cloud adoption, modernize applications and processes, support mission-critical workloads, and further enable modern work experiences for customers.

Shares of IronNet, Inc. (IRNT), an innovative leader transforming cybersecurity through Collective Defense, closed at $10.08, -3.72%. Recently, IronNet announced that it has joined the Microsoft Intelligent Security Association (MISA), a nomination-only association, demonstrating IronNet’s long-term commitment with Microsoft to deliver better security solutions to customers. As a Microsoft partner, IronNet, through its innovative Collective Defense platform, empowers Microsoft customers to execute safe and seamless migrations to the cloud amidst the increasing volume of highly-aggressive and sophisticated cyberattacks. IronNet Founder and Co-CEO, General (Ret.) Keith Alexander, “As we continue to see an increase in malicious cyberattacks against both the public and private sectors, we are pleased to join the Microsoft Intelligent Security Association to advance how we defend together. MISA’s mission directly aligns with our mission at IronNet: to develop integrated and innovative ways to better defend together against an evolving cyber threat landscape.”  On October, 29, IronNet announced that it has been named winner of the prestigious 2021 CybersecAsia Readers’ Choice Award in the Network Monitoring & Observability category. The award recognizes cybersecurity leaders in APAC for their critical roles played and advances and innovations made over the last two years.

Shares of McDonald’s (MCD) closed at 253.48, +0.31%. McDonald’s President and Chief Executive Officer, Chris Kempczinski recently recently stated, “Our third quarter results are a testament to our unparalleled scale and agility. Our global comparable sales increased 10% over 2019, which was delivered across an omnichannel experience that is focused on meeting the needs of our customers. We continue to execute our strategic growth plan and run great restaurants so that we can drive long-term, sustainable growth for all of our stakeholders.” Global comparable sales were up 12.7% in the third quarter and increased 10.2% on a 2-year basis & Year-to-date digital Systemwide sales* were about $13 billion, or over 20% of total Systemwide sales in our top six markets.

AMC Entertainment (AMC) closed at $40.41, -4.08%.  On Nov. 12, Dreamscape, the location-based immersive virtual reality company,  announced it will open its next venue in Paramus, New Jersey, Dreamscape at AMC Garden State, at the Westfield Garden State Plaza on November 19, 2021. Launched in partnership with AMC Theatres®, Dreamscape will be located within the AMC Garden State 16 theatre. Serving the greater New Jersey and New York metro area, audiences can purchase advanced tickets for the location from dreamscapeimmersive.com. On November 8, AMC reported results for the third quarter ended September 30, 2021. AMC operated 596 domestic theatres representing essentially 100% of its domestic theatres and 351 international theatres representing approximately 99% of its international theatres. Substantially all of the Company’s theatres were open for the entirety.

Bed Bath & Beyond Inc. (NASDAQ: BBBY) announced recently that it expects to complete its $1 billion three-year share repurchase plan by the end of fiscal 2021 – two years ahead of schedule. Shares of BBBY closed at 22.90, +0.13%.

GameStop (GME) closed at $210.12, +.06%. On Nov. 4, GameStop announced that it has entered into a new $500 million global asset-based revolving credit facility (“ABL Facility”) with a syndicate of banks. The new five-year ABL Facility, which was oversubscribed, replaces the Company’s existing $420 million facility due in November 2022. In addition to delivering enhanced liquidity, the new ABL Facility provides for reduced borrowing costs, lighter covenants and more flexibility. Wells Fargo Bank, N.A. acted as Lead Arranger and will serve as Administrative Agent. 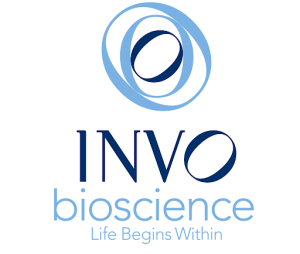