I hope that all went well enough for your portfolios today. However, the best part of the day for most of us was when the markets opened & quickly moved to the high of the day before it proceeded to go downhill for the balance of the day. The Fed’s Chairman Jerome Powell did his part to be market supportive today when he delivered the semiannual testimony on monetary policy to congress and stated that “reaching the standard of ‘substantial further progress’ is still a ways off”, therefore sticking to his ‘transitory’ inflation position and that the Fed would not be raising interest rates anytime soon. Seemingly countering his supportive statement the macroeconomic schedule delivered the Producer Price Index report for final demand that confirmed a rise by 1% m/m, which placed the y/y growth rate at 7.3% for total PPI.  The Federal Reserve’s Beige Book for July also painted the overall economic growth as “moderate to robust.” Interestingly, the weekly MBA Mortgage Applications Index report also showed a sizable 16% leap. Don’t forget that we are still supposed to be worried about global growth as the COVID-19 Delta variant continues to cause rapid growth in cases and a shutting down of sorts in many parts of the world. 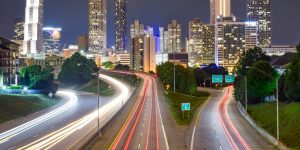 Shares of Virpax Pharmaceuticals (VRPX) shot up +30.62% to close at $7.38 and are now up another +~25% in the $9 range in the after hours markets. On July 7th, VRPX provided a progress update on its pipeline of product candidates following the Company’s initial public offering in mid-February of 2021. Chairman and CEO Anthony P. Mack commented, “Our goal following our IPO was to become a clinical stage company as quickly as possible while preserving our cash and utilizing grants to fund product development efforts where appropriate. To date, I believe we have made solid progress towards these goals. We are making refinements to some formulations which we believe will improve manufacturability, and possibly extend patent life. We are also evaluating additional indications for our unique delivery technologies. Finally, we plan to begin initial Investigational New Drug Application (“IND”) enabling studies shortly on several of our existing programs and recently submitted a pre-IND briefing document to the U.S. Food and Drug Administration (“FDA”) for MMS019, our intranasal molecular masking spray.”

Virgin Galactic Holdings (SPCE) fell another 12.42% to close at $33.07.  Founder Richard Branson and VSS Unity successfully made it to space yesterday, which was SPCE’s 4th rocket-powered spaceflight! Michael Colglazier, Chief Executive Officer of Virgin Galactic, said: “Today is a landmark achievement for the Company and a historic moment for the new commercial space industry. With each successful mission we are paving the way for the next generation of astronauts. I want to thank our talented team, including our pilots and crew, whose dedication and commitment made today possible. They are helping open the door for greater access to space – so it can be for the many and not just for the few.” SPCE also filed this week to sell up to $500M of its commons stock and is working with Credit Suisse Securities (CS), Morgan Stanley (MS), & Goldman Sachs (GS), which could be adding to the downward pressure after its recent run up.

Tesla (TSLA) closed at $653.38, -2.27%. On July 2nd, Tesla reported that they produced and delivered over 200,000 vehicles. Tesla will post its financial results for the second quarter of 2021 after market close on Monday, July 26, 2021. At that time, Tesla will issue a brief advisory containing a link to the Q2 2021 update, which will be available on Tesla’s Investor Relations website. Tesla management will hold a live question and answer webcast that day at 2:30 p.m. Pacific Time (5:30 p.m. Eastern Time) to discuss the Company’s financial and business results and outlook. The Q2 update will be at: http://ir.tesla.com  & the Webcast: http://ir.tesla.com.