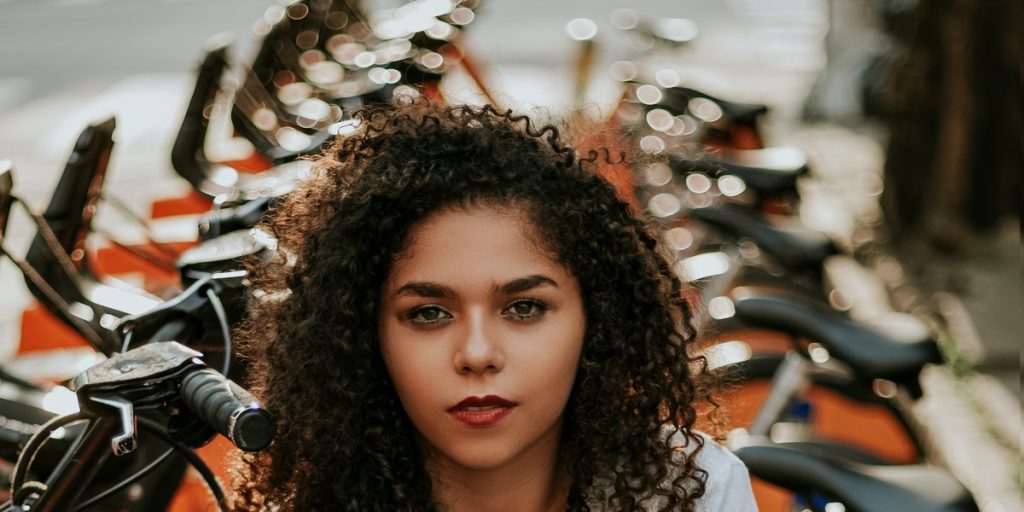 “The only way to have a friend is to be one.” –  Ralph Waldo Emerson

I hope you had a great day and managed to create a bit of wealth for you and yours in the markets.

The yield curve also continued to edge lower today as the 10-yr treasury yield closed down another 4 basis points to end at 1.49% & the 2-yr yield closed flat at .14%. The U.S. Dollar Index stayed above 90 closing at 90.3, +.06%.  The macroeconomic schedule produced the Wholesale inventories report which confirmed a rise by .8% month/month in April. The weekly MBA Mortgage Applications Index report confirmed a drop by 3.1%. Tomorrow, the schedule will produce the Consumer Price Index report for May, the weekly Initial and Continuing Claims report, & the Treasury Budget report for May.

Merck (MRK) closed at $74.01, +2.3% as it announced that it has entered into a procurement agreement with the United States government for molnupiravir (MK-4482). Molnupiravir is currently being evaluated in a Phase 3 clinical trial, the MOVe-OUT study, for the treatment of non-hospitalized patients with laboratory-confirmed COVID-19 and at least one risk factor associated with poor disease outcomes. Merck is developing molnupiravir in collaboration with Ridgeback Biotherapeutics. Through the agreement, if molnupiravir receives Emergency Use Authorization (EUA) or approval by the U.S. Food and Drug Administration (FDA), Merck will receive approximately $1.2 billion to supply approximately 1.7 million courses of molnupiravir to the United States government. Merck has been investing at risk to support development and scale-up production of molnupiravir and expects to have more than 10 million courses of therapy available by the end of 2021.

The Technology Select Sector SPDR Fund (XLK) closed at $140, +.07%. Chip maker NVIDIA (NVDA) established a new-all time high of $712.50 on Monday, but closed at $694.33, -.54% today. Tech giant Microsoft (MSFT) closed at $253.59, +.4%. Famous tech and biotech investor Cathie Wood’s ARK Innovation ETF (ARKK) closed at 112.85, -.25% & substantially off from its 52-wk high of $159.70. ARKK is an actively-managed exchange-traded fund (“ETF”) that will invest under normal circumstances primarily (at least 65% of its assets) in domestic and foreign equity securities of companies that are relevant to the fund’s investment theme of disruptive innovation. Its investments in foreign equity securities will be in both developed and emerging markets. It may invest in foreign securities (including investments in American Depositary Receipts (“ADRs”) and Global Depositary Receipts (“GDRs”)) and securities listed on local foreign exchanges. The fund is non-diversified.

ADT (ADT), the “most trusted brand in smart home and small business security” and Google partner moved higher today closing at $11.51, -.37% after touching $11.68 in intraday trading. Its 52-wk high is $17.21 and it has been trending up from the low $9 level since we entered the stock on May 4th prior to their Q1 2021 results were released on the morning of May 5th. On August 3, 2020, ADT and Google announced a partnership to create ‘Leading Smart Home Security Offering’. The partnership has allowed Google’s award-winning Nest hardware to be combined with ADT’s trusted security, professional installation and monitoring service to create a fully integrated set of devices, software and services for the secure smart home & pairs ADT’s more than 20,000 professionals together with Google’s suite of helpful home hardware, manufacturing technology and vertical technology stack. Google also invested $450 million to acquire 6.6% ownership in ADT, cementing mutual, long-term commitment to partnership. Each company is to commit $150 million for co-marketing, product development, technology and employee training. This partnership is believed to provide customers with integrated smart home technology to be offered in both DIY and professionally installed security offerings.

As for precious metals, silver closed at $27.92/oz, +$.18 & gold closed at $1892, -$4. The iShares Silver Trust ETF (SLV) closed at $25.78, +.66% & the SPDR Gold Shares (GLD) closed at $176.98, -.19%. North American silver and gold producer Hecla Mining (HL) closed at $8.89, -.89% after recently establishing a new 52-week high of $9.44. Recently, Hecla Mining Company (NYSE:HL) released its Q1 2021 exploration results. Phillips S. Baker, Jr., President and CEO stated, “Our early exploration results, just two miles from the mine portal, validates our thesis that despite its long high-grade production history, there remains significant untouched potential at Midas. The recent high-grade intercept grading 5.52 oz/ton gold and 8.9 oz/ton silver over 20.3 feet drilled (13.1 feet estimated true width) is one of the best exploration drill holes in North America in the past year. But maybe more important than the grade and width of the discovery are the two additional mineralized structures in the footwall of the main structure and that significant mineralization continues over a strike of 1,000 feet and a dip length of 1,250 feet. All structures are open along strike and at depth.”

MemeStock, AMC Entertainment (AMC), closed at $49.34, backing off -10.37%. Last week, AMC announced that it has completed another 11.550M share at-the-market (“ATM”) equity program. AMC raised approximately $587.4M of new equity capital, before commissions and fees, at an average price of approximately $50.85 per share. AMC President and CEO Adam Aron said, “Bringing in an additional $587.4 million of new equity on top of the $658.5 million already raised this quarter results in a total equity raise in the second quarter of $1.246 billion, substantially strengthening and improving AMC’s balance sheet, providing valuable flexibility to respond to potential challenges and capitalize on attractive opportunities in the future.” Earlier this week AMC announced that it had entered into an agreement to raise $230.5 million of cash from the sale of equity to Mudrick Capital Management, L.P. in exchange for 8.5 million shares of AMC’s Class A Common stock. The equity was raised at a price of approximately $27.12 per share.

GameStop (GME) also closed at $302, rising +.85%. GNE announced that it has appointed Matt Furlong as Chief Executive Officer and Mike Recupero as Chief Financial Officer. Mr. Furlong and Mr. Recupero join from Amazon, where they each held senior roles and oversaw various growth initiatives during their respective tenures. Mr. Furlong’s start date is June 21, 2021 and Mr. Recupero’s start date is July 12, 2021. GME also reported results for the first quarter ended May 1, 2021. First Quarter Fiscal 2021 Highlights included Net sales that increased 25.1% to $1.277 billion, compared to $1.021 billion in the fiscal 2020 first quarter, overcoming a nearly 12% reduction in the Company’s global store base due to strategic de-densification efforts, and continued store closures across Europe due to the COVID-19 pandemic; Gross margin was 25.9%, a decline of 180 basis points compared to the fiscal 2020 first quarter; & Adjusted EBITDA of ($0.7) million compared to ($75.5) million in the fiscal 2020 first quarter.

Bed Bath & Beyond (BBBY) closed at $34.29, back off -6.9%. This week, BBBT announced the launch of Our Table™, a new collection of modern kitchen and dinnerware designed to help every home cook share more great meals together. Available only at Bed Bath & Beyond, Our Table features a modern and durable assortment of cookware, bakeware, dinnerware, table linens, kitchen tools, kitchen linens and more. The launch of Our Table celebrates an exciting time where many customers are preparing to welcome guests back into their homes, share recipes, and gather together at the same table.

Clover Health Investments, Corp. (CLOV), which operates as a Medicare Advantage insurer in the United States, closed $16.92, -23.61 after yesterday’s whopping +85.82% gain. On May 17, CLOV reported financial results for the first quarter of 2021 highlighting “Record Revenue of Over $200 million” & “Lives Under Management Nearly Doubles Following The Launch of Direct Contracting.” Clover Health CEO Vivek Garipalli stated, “Clover’s mission is to use our technology platform to improve every life, and every day that passes brings us one step closer to that goal. I am excited that we have reached our strategic milestone of moving beyond Medicare Advantage into the largest segment of Medicare – Original Medicare – by launching Direct Contracting. This has led to our lives under management nearly doubling to over 130,000 Americans.”

Wendy’s (WEN) cooled off and closed at $25.21, -12.68% after  yesterday’s +25.9% jump. Wendy’s was founded in 1969 by Dave Thomas in Columbus, Ohio. Dave built his business on the premise, “Quality is our Recipe®,” which remains the guidepost of the Wendy’s system. Wendy’s is best known for its made-to-order square hamburgers, using fresh, never frozen beef****, freshly-prepared salads, and other signature items like chili, baked potatoes and the Frosty® dessert. The Wendy’s Company (Nasdaq: WEN) is committed to doing the right thing and making a positive difference in the lives of others.

The Geo Group, Inc. (GEO), a fully integrated equity real estate investment trust specializing in the design, financing, development, and operation of secure facilities, processing centers, and community reentry centers in the United States, Australia, South Africa, and the United Kingdom, closed at $8.80, +38.36% after rising to an intraday high of $11 and trading 187,402,406 shares. On June 1, GEO announced that its Chairman, Chief Executive Officer and Founder, George C. Zoley, is transitioning to the position of Executive Chairman of GEO’s Board of Directors under a new five-year employment agreement with subsequent automatic one-year renewals, and Jose Gordo will be appointed Chief Executive Officer effective July 1, 2021, reporting to Mr. Zoley.

Clean Energy Fuels Corp. (CLNE) closed at $13.02, +31.52% after rising to an intraday high of $14.50 and trading 144,989,083 shares. CLNE is the country’s leading provider of the cleanest fuel for the transportation market. Through its sales of renewable natural gas (RNG), which is derived from biogenic methane produced by the breakdown of organic waste, Clean Energy enables thousands of vehicles, from airport shuttles to city buses to waste and heavy-duty trucks, to reduce their amount of climate-harming greenhouse gas by 60% to over 400% depending on the source of the RNG, according to the California Air Resources Board.