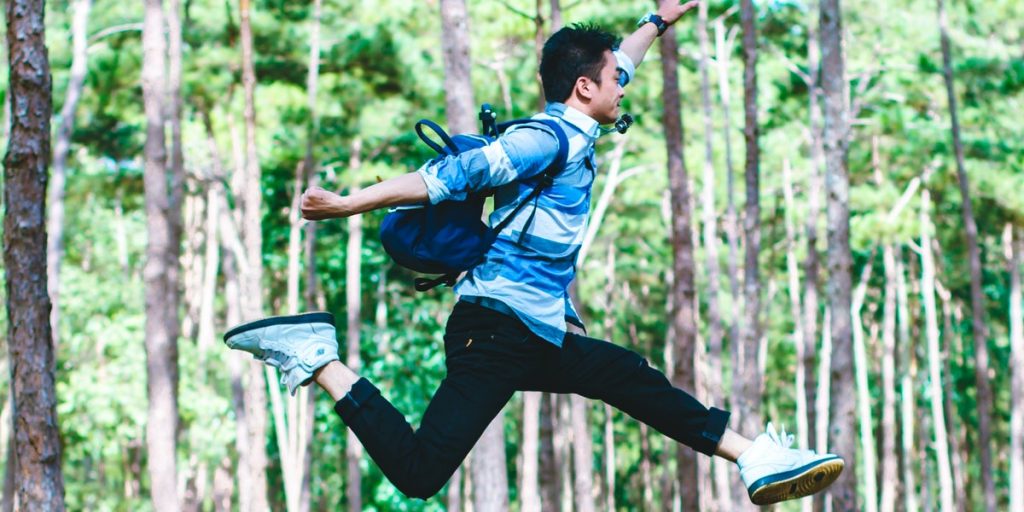 “Give me a lever long enough and a fulcrum on which to place it, and I shall move the world.” – Archimedes

The yield curve edged lower today as the 10-yr treasury yield closed down 3 basis points to end at 1.59% & the 2-yr yield ticked slightly lower at .149%. The U.S. Dollar Index closed basically level at at 89.90. The macroeconomic schedule produced the weekly MBA Mortgage Index report which confirmed a drop by 4% while  the Purchase Index report showed a drop by 3.1% & the Refinance Index report confirmed a 4.6% drop as well. The Fed’s June Beige Book confirmed that that the US economy expanded moderately between April and late May, but also sited appearance of shortages & moderate employment & wage growth.

Oil prices continued to rise moving up another 1.5% closing at $68.79/bbl . The energy sector led all sectors again today with a 1.7% push. Dow 30 component Chevron (CV) closed at $108.08, +1.34%. The situation is making all electric vehicles and manufactures even more attractive. However, EV manufacturing giant Tesla (TSLA) moved lower again closing at $605.13, -3.01% as Elon Musk has been continuing to cause an uproar in cyrtocurrency world as he continued to attack bitcoin on his favorite medium Twitter (TWTR, $57.16, -.49%). Shares of Ford Motor Co (F) continued to move higher again today closing at $14.91, +.68% after recently establishing a new 52-wk high of $15.05 and nearly reaching it again today. Last week, Ford revealed their customer-focused strategic ambitions and actions in a virtual meeting with financial analysts and other stakeholders during an event themed “Delivering Ford+”. Ford CEO Jim Farley stated, “We will deliver lower costs, stronger loyalty and greater returns across all our customers. This is our biggest opportunity for growth and value creation since Henry Ford started to scale the Model T, and we’re grabbing it with both hands.”  Ford expects 40% of Ford global vehicle volume to be all-electric by 2030 & raised planned electrification spending to $30+ billion by 2025, including development of IonBoost batteries. Could I be actually considering a Ford the next time I go to purchase?

Tech giant Microsoft (MSFT) closed at $247.30, -.04%. Famous tech and biotech investor Cathie Wood’s ARK Innovation ETF (ARKK) closed at 111.30, +.04% & off substantially from its 52-wk high of $159.70. ARKK is an actively-managed exchange-traded fund (“ETF”) that will invest under normal circumstances primarily (at least 65% of its assets) in domestic and foreign equity securities of companies that are relevant to the fund’s investment theme of disruptive innovation. Its investments in foreign equity securities will be in both developed and emerging markets. It may invest in foreign securities (including investments in American Depositary Receipts (“ADRs”) and Global Depositary Receipts (“GDRs”)) and securities listed on local foreign exchanges. The fund is non-diversified.

ADT (ADT), the “most trusted brand in smart home and small business security” and Google partner ticked lower today closing at $10.36, -.86% after touching $10.47 in intraday trading. On August 3, 2020, ADT and Google announced a partnership to create ‘Leading Smart Home Security Offering’. The partnership has allowed Google’s award-winning Nest hardware to be combined with ADT’s trusted security, professional installation and monitoring service to create a fully integrated set of devices, software and services for the secure smart home & pairs ADT’s more than 20,000 professionals together with Google’s suite of helpful home hardware, manufacturing technology and vertical technology stack. Google also invested $450 million to acquire 6.6% ownership in ADT, cementing mutual, long-term commitment to partnership. Each company is to commit $150 million for co-marketing, product development, technology and employee training. This partnership is believed to provide customers with integrated smart home technology to be offered in both DIY and professionally installed security offerings.

Shares of Seattle-based Atossa Therapeutics, Inc. (Nasdaq: ATOS), a clinical stage biopharmaceutical company seeking to discover and develop innovative medicines in areas of significant unmet medical need with a current focus on breast cancer and COVID-19, surged again to an intraday high of $4.24, prior to closing at $3.94, +1.81% after yesterday’s +20% move. On June 9th, I will be hosting Atossa’s CEO Dr. Steven Quay, MD, PhD, CEO & Founder, Kyle Guse, CFO, & B. Heather Fraser, Ph.D. VP Clinical, Regulatory & CMC of Atossa Therapeutics (NASDAQ: ATOS) for a Tribe Public Presentation & Q&A Event titled “Discussion of Atossa’s Final Data from its Phase 2 Study of Endoxifen Administered to Breast Cancer Patients Prior to Surgery.” Tribe events are approximately 30 minutes in duration and afford you to learn more about the companies you care about and ask the questions that are on your mind. Pleaser register for this FREE event at ATOS.TribePublic.com.

Shares of BriaCell Therapeutics Corp. (Nasdaq: BCTX) flew to close at $6.18, +94.34% today. BCTX is a clinical-stage biotechnology company specializing in targeted immunotherapies for advanced breast cancer which provided an update on the overall survival (OS) data on its previously disclosed advanced breast cancer patients. These women were treated with BriaCell’s lead candidate Bria-IMT™ as monotherapy and also in combination with checkpoint inhibitors, including pembrolizumab (KEYTRUDA®; manufactured by Merck & Co., Inc.) and Incyte’s retifanlimab (manufactured and provided under a corporate collaboration with Incyte Corporation). They highlighted the following: 12.0 months average overall survival benefit, including 13.4 months in patients with 2+ HLA matches and 12.5 months in patients with Grade I/II tumors, Top Responder: 21.4 months survival plus 100% resolution of ‘eye-bulging’ orbital tumor, Compares to 7.2-9.8 months survival in historical comparison treatment trials.

INmune Bio, Inc. ( INMB), a clinical-stage immunology company focused on developing treatments that harness the patient’s innate immune system to fight disease, announced today that the United States Adopted Name Council (USAN) has adopted the name “Pegipanermin” for its lead clinical candidate, XPro1595. RJ Tesi, MD, Chief Executive Officer of INmune Bio stated, “We are pleased that USAN has approved pegipanermin as the generic name for XPro1595. Applying for and receiving a generic drug name is a necessary step in the drug development process that reflects that a program has matured beyond the experimental stage to the development stage with a potential path to market. In the near term, we will be evaluating pegipanermin as a potential treatment for Alzheimer’s disease and treatment resistant depression. We look forward to advancing this novel compound into Phase 2 studies in two CNS indications later this year.” (INmune reported positive Phase 1b Alzheimer’s data in January 2021 demonstrating that XPro1595 decreased neuroinflammation and neurodegeneration biomarkers in patients with mild to moderate Alzheimer’s. The company is planning to initiate two Phase 2 clinical trials of XPro1595, in Alzheimer’s and Treatment Resistant Depression, in 2021.)

As for precious metals, silver closed at $28.27/oz, +$.32 & gold closed at $1912, +$9. The iShares Silver Trust ETF (SLV) closed at $26.15, +1.2% & the SPDR Gold Shares (GLD) closed at $178.77, +.49%. North American silver and gold producer Hecla Mining (HL) closed at $9.31, +1.64% after recently establishing a new 52-week high of $9.44. Recently, Hecla Mining Company (NYSE:HL) released its Q1 2021 exploration results. Phillips S. Baker, Jr., President and CEO stated, “Our early exploration results, just two miles from the mine portal, validates our thesis that despite its long high-grade production history, there remains significant untouched potential at Midas. The recent high-grade intercept grading 5.52 oz/ton gold and 8.9 oz/ton silver over 20.3 feet drilled (13.1 feet estimated true width) is one of the best exploration drill holes in North America in the past year. But maybe more important than the grade and width of the discovery are the two additional mineralized structures in the footwall of the main structure and that significant mineralization continues over a strike of 1,000 feet and a dip length of 1,250 feet. All structures are open along strike and at depth.”

MemeStock, AMC Entertainment (AMC), continued its ridiculous trading pace closing at $62.55, +95.22% now enjoying a $28.17B market cap,  after announcing yesterday that it had entered into an agreement to raise $230.5 million of cash from the sale of equity to Mudrick Capital Management, L.P. in exchange for 8.5 million shares of AMC’s Class A Common stock. The equity was raised at a price of approximately $27.12 per share.

Bed Bath & Beyond (BBBY) closed at $44.19, up its own whopping 62.1% on a surge in volume after recently announcing that it will launch three new Owned Brands this quarter, continuing the Company’s execution of its biggest product assortment change in a generation to rebuild its authority in the $180 billion home market. With the launch of the new Owned Brands in the coming weeks, the Company will have launched six Owned Brands in five months – which is ahead of its previously announced 6-month timetable and in advance of the important Back to College shopping season.

Shares of Skillz (SKLZ) also ran today closing at $21.55, +26.84%. SKLZ is the leading mobile games platform bringing fair and fun competition to players worldwide. Today SKLZ announced it has entered into an agreement to acquire Aarki, a leading technology-driven marketing platform. The acquisition is believed to broaden Skillz’s footprint across the rapidly expanding mobile gaming industry by combining its competitive platform with Aarki’s advanced advertising capabilities.